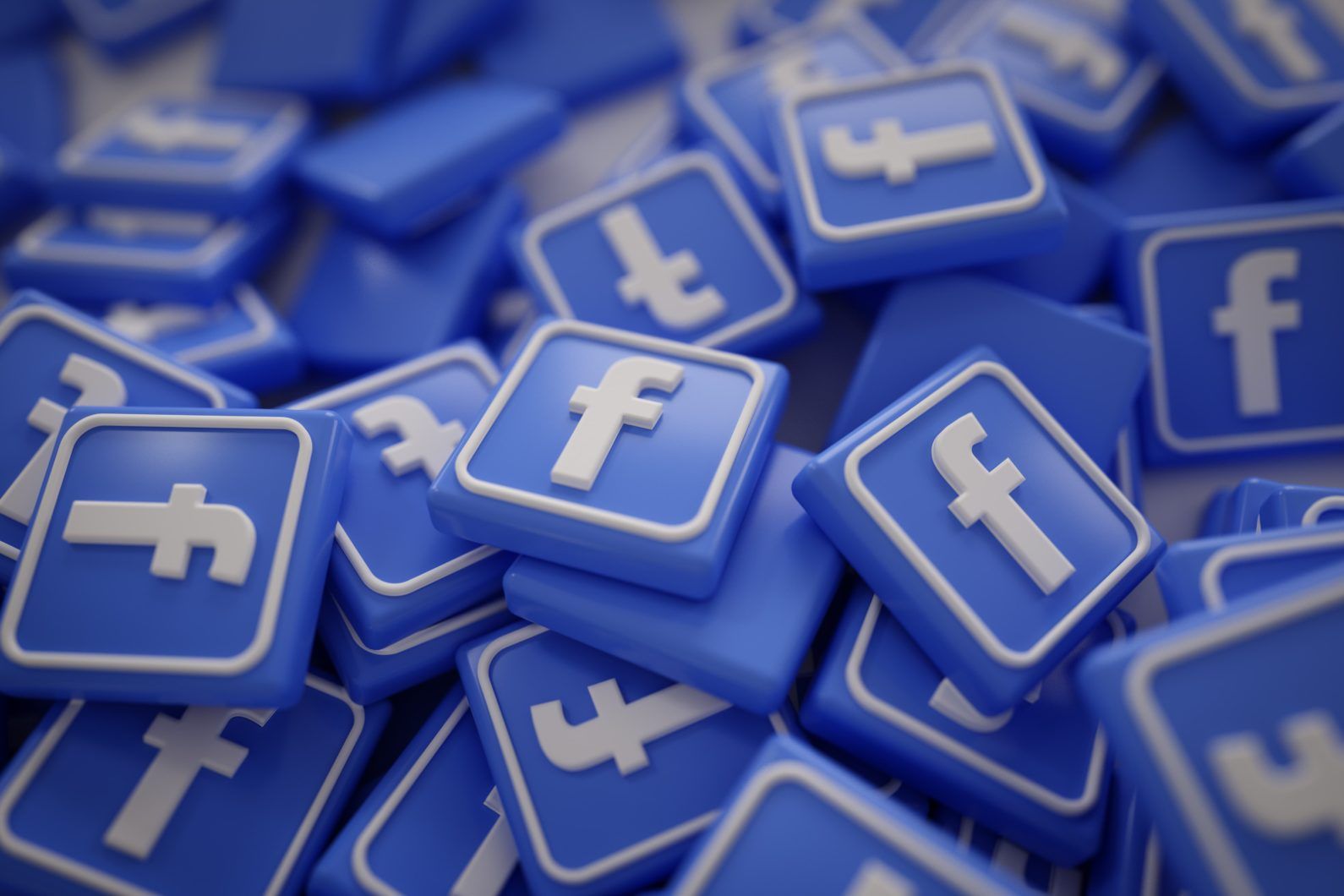 1. running time that is too short / not enough quantity of data

You launched your Facebook campaign yesterday and it doesn’t convert?

That is expected in  99% of the cases. The approach to Facebook campaigns is fundamentally different than it is in regard to Google AdWords campaigns. Your campaign’s first days respectively weeks don’t serve the purpose of generating a possibly high number of  high-quality data. That also happens when you don’t generate sales or leads. Important data, that you gather when running Facebook ads, is information on your target audience. That is why you should have a closer look at the following points:

After finding out, which image + text combinations and which target audience (age, gender, interests, terminals) work best, you can target that exact audience with your campaign.

Important: When running Facebook campaigns, you should be patient and control the respective ads’ performance.

There are numerous configuration settings regarding running Facebook campaigns. One of the most important settings is the selection of the Facebook placings. With the Facebook placings, you inform Facebook on where your ads should be displayed. The best-known placing for ads is the news feed, but there are numerous placings you can use. Each placing has its own characteristics which you should keep in mind. When running ads on the Instagram feed, you should bet on, for example, high-resolution images as well as a short text extract. Furthermore, you should take notice of the respective Facebook placing’s performance. Ads on the Instagram feed have the highest CPC, while ads in the audience network have the lowest. You can find a complete evaluation of the respective Facebook placing’s performance here. To have a look at the performance of your Facebook campaigns based on the placing, you have to mark the campaign you want to analyze and then you have to select the option “placing” in the menu item “breakdown”. Now, Facebook shows you the performance of the respective placing.

Something, that amazes me the most when optimizing Facebook campaigns for clients, is, when Facebook ads are run without any variations. After the creation of an ad, Facebook even offers the possibility of creating a split test in order to generate the perfect ad. When running Facebook ads, I usually use three different headlines, three different images, three different texts as well as two different link descriptions, so that I can discover the perfect ad for my target audience. After running split tests you can also see, which people react best to which ads. Based on these data you can run a highly performant ad. By running split tests, you can give your ads an extreme performance boost!

The most important factor of success in regard to running Facebook campaigns is the selection of the target audience. A poor-quality ad that is played out to the right target audience will work better than the greatest ad that is shown to an irrelevant target audience.Because of that, the selection of the target audience should be taken just as seriously as the selection of keywords when it comes to Google AdWords ads. The best method for determining the appropriate target audience is to use custom & lookalike audiences. In case you don’t have any clients yet, you have to content yourself with with the interest targeting. Here you should keep in mind not to log in generic interests. Example: Instead of betting on the interest “soccer“, you should log in „ Youth FC Bayern Munich“ as the interest. Even when advertising based on interests, it can make sense to test the various interests. In order to ensure that, several ad groups are run. Each ad group contains exclusively one characteristic of interest. That’s how we can find out, which interest come closest to our target audience.

After the appropriate ad and target audience have been found, the next challenge emerges. You want to up the sales & leads and that’s why you increase the daily budget. Consequently, the good performance of the Facebook campaign dwindles away! In order to prevent that the Facebook campaign should be scaled gradually.

I wrote an independent blog post on how to scale Facebook campaigns. In most cases the Facebook performance is blown up due to the sudden upgrade of the daily budget. Instead of doubling the daily budget overnight, the budget should be increased gradually so that the Facebook algorithm doesn’t end up overstrained.

Obviously, also the basis of CPC & CTR can be optimized, but in practice, it has proven to be unsuccessful. Especially the combination of lookalike audiences on the basis of conversions results in a lasting reduction of the acquisition cost.

Nobody is on Facebook to buy products or to see ads! That’s something Facebook advertisers should keep in mind! Simply advertising the products & services on Facebook without thinking about the sales funnel, promises little success. Due to that, you shouldn’t aim for direct sales but rather on accompanying the potential new customers to the transaction over several steps. Without a clearly structured sales funnel, the sale on Facebook will be difficult. Oftentimes it’s sufficient to create a retargeting campaign based on the website visitors in order to increase the performance of the Facebook campaign.

It doesn’t have to be the exact same value proposition, the difference, however, should be kept as minimal as possible. Also there should be a graphic accordance between the ad and the website, otherwise it will have a negative effect on the user behavior.

Even after implementing the conversion tracking, you can make some mistakes in regard to conversion campaigns.

A common fault is optimizing to a certain conversion (e.g. leads), but not enough conversions can be achieved in order for Facebook to display the ad to the appropriate target audience.

Normally, 25 conversions per week should be achieved, otherwise there will be no conversion optimization. In order to solve that problem, you can designate an action in the conversion tunnel’s front part as your objective e.g. instead of optimizing the sales closure in an online shop, it can make sense designating the action “product in the shopping cart” as the target conversion. If that doesn’t help either, the optimization of conversion on link clicks should be changed.

11. AD TEXTs that are too long

People’s attention span continuously decreases. That ultimately has effects on how the Facebook ads should be designed. Especially the written ad texts should be succinct, so that it can be noticed. An evaluation of Adespresso validates this statement.

12. Image with too much text

Another reason why your Facebook campaigns don’t work as expected could be the amount of text in the used image. When the text in the picture makes up more than 20 % of the whole content, Facebook won’t regularly display the ad anymore, so that the CPC and click rate end up deteriorating. Even though Facebook has officially abolished the 20 % rule – i.e. the image with more than 20 % text can’t be displayed at all – the rule should still be taken into account. When uploading the images, Facebook communicates if the 20 % were exceeded.

A relatively simple, yet still neglected point, is the constant optimization of the advertising campaigns. The campaigns’ results change almost on a daily basis. That is why a regular optimization of the Facebook campaigns is useful. First, the ideal target audience should to be determined. Due to the campaign performance’s breakdown you can gain insights about which age cohort and which gender does the desired conversion most frequently on which terminal. These people consequently are the primary target audience, for whom the campaign should optimized. That way, other groups of people, placings and terminals, that don’t contribute to the desired success, are gradually eliminated. It should also be determined which advertising promises lead to the desired results. Consequently, the value proposition should be examined in a split test.

14. Ending the SPLIT TESTS too early

Another mistake, that is made very often, is that split tests are stopped too early although no meaningful number of impressions has been reached yet.
As already mentioned in the first point “Running times that are too slow/not enough quantity of data”, ads should be run over several days and have reached at least 10.000 impressions before being deactivated.
I have experienced time after time that ads, which didn’t perform too well in the first days, worked significantly better since then (for Facebook determined which ads should be shown to whom) and ultimately win the split testing.

Facebook distributes advertising spaces on the basis of an auction process, in which every advertiser participates. The auction winner is determined through the placed bid, the relevance & quality of the ad as well as the estimated interaction rate. In order for the ads to be displayed, the placed bid has to be competitive, so that the auction is won. Besides the manual bid there’s also the possibility of an automatic bid, where Facebook determines the bid in order to reach the maximum number of conversions (leads, sales clicks, etc.). To make sure, that the ads receive enough impressions, the automatic bid should be preferred.

There are countless reasons why your Facebook campaign isn’t performing well. I mentioned 14 starting points, that could have been the reason for that. When running a Facebook campaign, you should definitely give the Facebook algorithm some time to determine the right target audience. Facebook campaigns work best when custom and lookalike audiences are used.