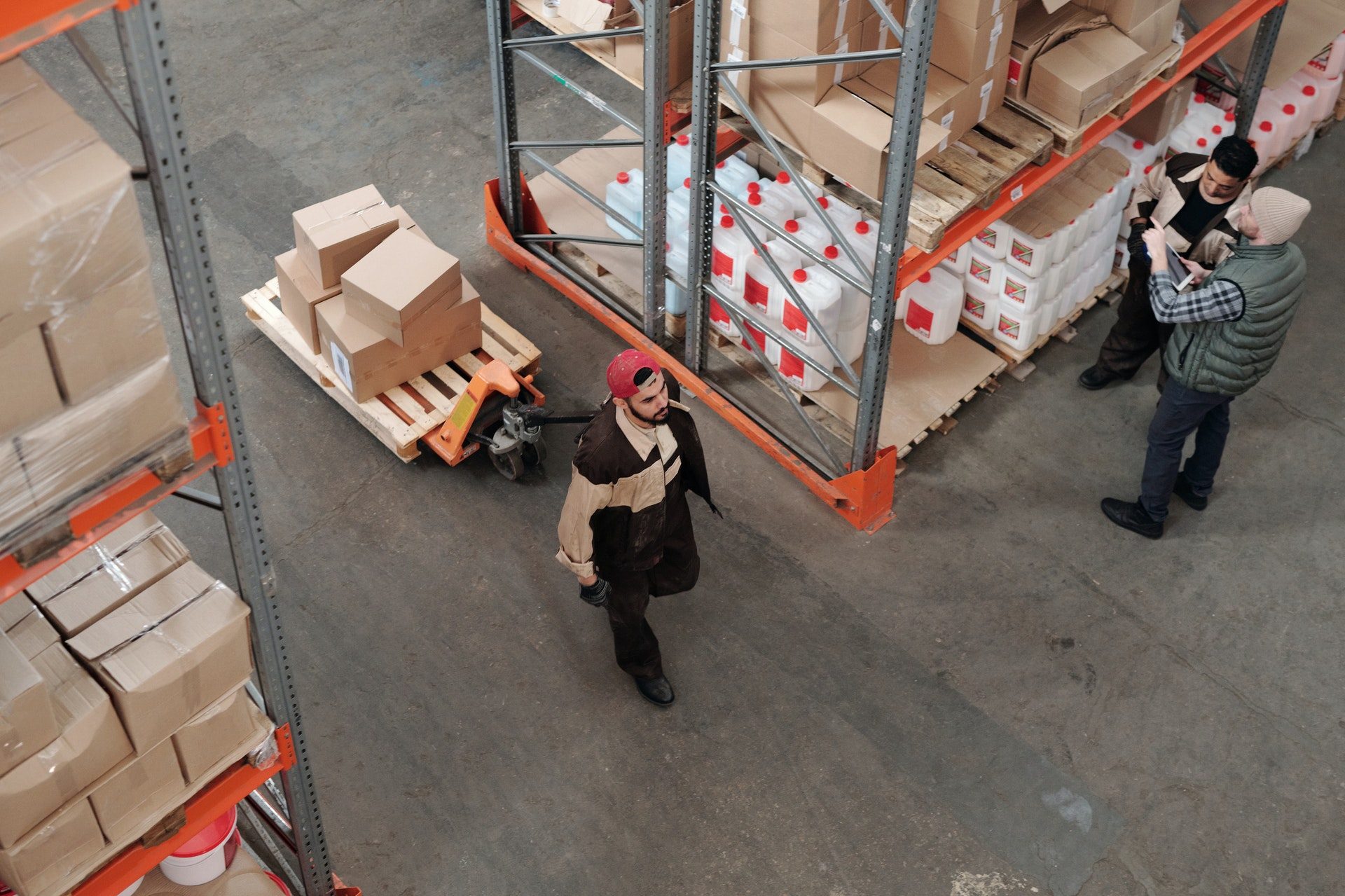 By Audrey Zacharewicz23. April 2021No Comments

There are countless blogs that report on the obvious advantages of Amazon FBA (the shipping method) without going into great detail about the possible problems of too one-sided shipping logistics. Amazon FBA is by no means always the best choice, but it requires an assessment of the product range and the competition to make a clear assessment here.
It does not necessarily have to be Amazon FBA vs. FBM, but a hybrid procedure can be chosen without any problems.
The majority of our customers use both the Amazon FBA shipping method and in-house shipping. Especially after the experiences in Q1/Q2 2020, everyone should be aware of the advantages of in-house shipping logistics.

In 2020, Amazon had already started to prescribe maximum quantities for posting to warehouses during the FBA inbound workflow, so that sometimes only small quantities could be posted. This has led to products having to be sent to Amazon much more frequently and regularly, which ultimately leads to decreasing efficiency and increases the risk that the company’s own products run “out of stock”. The prescribed quantities are based on the sales figures of the item in the past, so that new items are automatically disadvantaged and thus have a harder time ranking well in the long term.

Particularly in Q4 2020, it happened with an increased number of customer accounts that items were declared as missing or not delivered. In some cases, customers were left to pay for the lost items. If this had been an isolated incident, it would not have been worth mentioning, but these incidents have occurred with established Amazon FBA merchants, which ultimately does not reflect well on Amazon’s reliability.

3. Possible stop of delivery of the goods

At the end of March 2020, the unthinkable happened. Amazon blocked the delivery of non-essential items (food, drugstore, pet food, etc.) and suddenly thousands of Amazon merchants were left with empty warehouses. The delivery stop particularly affected merchants who had relied exclusively on Amazon FBA. Of course, no one could have expected this, but it did not happen to any of our customers with their own shipping logistics. After the experience of 2020, everyone should consider this as a potential danger.

4. Failure to use shipping logistics can lead to exports

If Amazon FBA is used as shipping logistics, the settings should also be viewed and adjusted accordingly. These can be found under Settings → Shipping through Amazon → Shipping Settings & Export Settings.

As default settings, the shipping programmes and export settings are considered activated. This means that customers from over 80 countries can order their products on Amazon.co.uk. These settings should be familiar to every Amazon FBA merchant. These settings also mean that you authorise Amazon to buy up your own stock so that this can be exported and sold to end customers on Amazon’s behalf. This means that if Amazon wants to, they will buy up your stock and send the goods to Spain in order to sell them on to end customers at a higher price. This has also happened to our customers a few times.

If items are sold that are also offered by other sellers on Amazon, your own items can be stored with the items from other retailers as mixed stock. If this is not the case, then it requires an additional product label for recognition. Unfortunately, there have been problems with its use in the past (lost items), so this option should always be used with caution.

Another major disadvantage of Amazon FBA is the difficult controlling of the current stock. Amazon does not make it easy to easily track the stock and in particular to view the outgoing goods, returns, exports and defective items. Without regular controlling, no major optimisation steps can be taken. Especially with a high number of items delivered via FBA, this can lead to problems.

Amazon assigns products to specific warehouses, so it is regular practice that similar items have to be shipped to different locations in Germany. This, of course, leads to less efficiency as instead of one truck, there are now two trucks to drive. This also increases costs and unnecessarily harms the environment.
Conclusion on disadvantages of Amazon FBA:
Amazon offers an incredible logistics solution with Fulfillment by Amazon, which has helped a large number of sellers get started in eCommerce. However, every seller should ask themselves whether it would not make more sense to use a solution other than Amazon FBA.