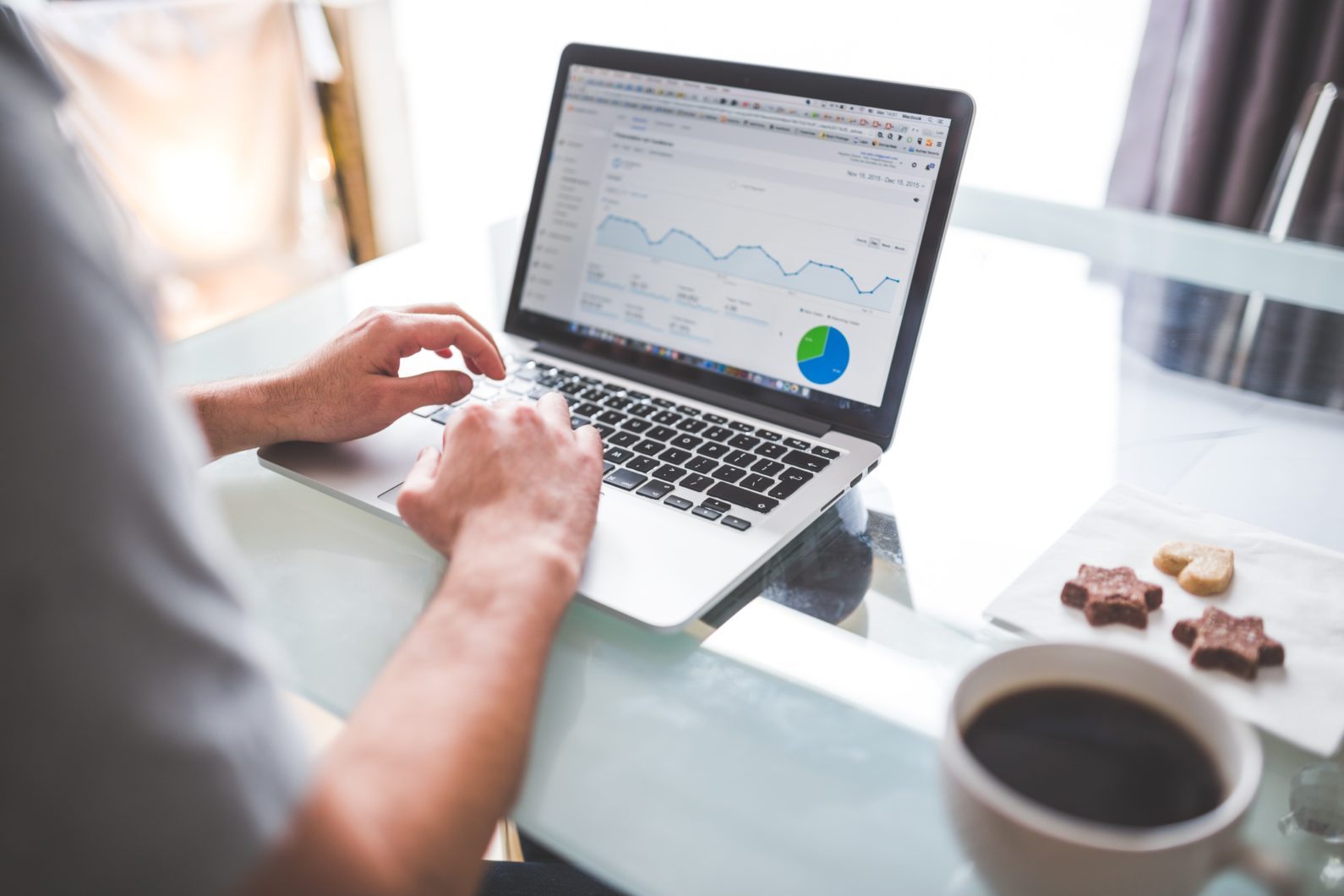 10 most common mistakes made by Facebook-Advertisers

In today’s article I will present the 10 most common mistakes made by Facebook advertisers, which I noticed more and more during the daily account support of the last months. Avoiding these errors enables advertisers to optimize their campaign performance.

1.Selection of the wrong campaign target

the campaign, the ad group and the ad.

At the campaign level, we define the respective campaign goal.

Basically, there are three different marketing goals that can be targeted using Facebook advertising campaigns:

The marketing objective “consideration”, for example, includes the generation of website visitors, the playback of videos and the installation of mobile apps.

A remarkably frequent error is the selection of the wrong target.

For example, I often notice that online merchants in particular make the mistake of defining the campaign target “traffic” with the aim of selling products. Instead, it is suitable to choose “Conversion” or “Catalogue sales”.

The selection of a suitable campaign target influences the decisive importance of the performance of the advertising campaign. Thus, the Facebook algorithm can optimize the campaigns by selecting the “Traffic” campaign target so that as many visitors as possible are won.

2.No adjustment of the advertisements on the basis of the respective placements

When placing advertising campaigns via the Facebook Advertising Manager, ads can be played on a total of four different platforms (Facebook, Instagram, Audience Network and Messenger). Each platform also has a large number of different placements, as can be seen below:

Each platform has placements of different ad formats.

This ultimately results in a part of the ad not being optimally displayed and important text passages not being played back.

In order to avoid unwanted display problems with Facebook ads, the ads should be checked against the ad preview. Otherwise, it is advisable to create independent ad groups for each placement, which will give the ads the desired appearance.

By implementing the Facebook pixel, activities such as the purchase transaction can be measured on a website. If the campaign goal is to generate app installations, it requires the implementation of the Facebook SDK.

Only if Facebook receives information about which people have made the desired conversion via which ads can the campaign be optimized using Facebook.

4.No use of UTM parameters

This allows Google Analytics to precisely analyze how many visitors could be attracted by the respective ad. These values can ultimately be used to measure success, so that the right measures can be derived further.

This allows Google Analytics to precisely analyze how many visitors could be attracted by the respective ad. These values can ultimately be used to measure success, so that the right measures can be derived further.

In the campaign audit I recognize again and again that the use of UTM parameters is neglected. Ultimately, this leads to inaccurate evaluations regarding campaigns and ads as well as their intentions compared to the real results. Particularly when looking at the Facebook pixels since the start of DSVGO, which are often only fired after the user’s opt-in, the use of UTM parameters for the analysis via Google Analytics is even more decisive.

The frequency factor is an ad KPI that indicates the average interest of the Facebook user in the ad. This value can be found separately for each ad at the ad level next to the relevance ratings.

Here you find a representation of the frequency:

Why should the frequency be considered?

To ensure that the audience does not feel annoyed by the advertisements, the constant display of the same advertisements should be avoided. On the one hand, this can lead to poor campaign performance, but in the worst case it can also lead to the target group disliking the advertised company.

In the section Optimization and Delivery at Ad Group Level, you can set maximum bids for the respective campaign target.

By naming a maximum bid, Facebook receives information about how much a desired action/conversion may cost on the part of the advertiser.

I recently saw the following setting during an account audit:

Campaign goal:Conversion (sale of a product)

Retail price of the product: 30€

The advertiser wanted to spend a maximum of 3€ per sale of the 30€ product. With a CPM (Cost per Mille) of 12€, 250 people will be reached with a 3€ advertising effort.

If we now assume an average click-through rate of 3%, 7.5 people would click on the ad. Based on the people who clicked on this ad, on average at least one person would need to purchase the advertised product. This corresponds to an average conversion rate of 13.33% (1:7.5).

These values are certainly not scalable for upper funnel marketing activities.

For lower funnel marketing activities, such as retargeting campaigns to product detail views, this is more likely to be possible.

In addition, a too low maximum bid leads to a restriction of the possible reach. Since the Facebook auction procedure takes into account not only the relevance of the ad but also the size of the bids, a bid that is too low means that only a fraction of the auctions can be won.

Due to this, too low maximum bids often lead to insufficient impressions, which are necessary to achieve the minimum conversion (25 per week), so that the campaign optimization can also be carried out on Facebook.

7.Too inaccurate & too specific targeting

To name targeting as probably the most decisive factor for the success of an advertising campaign, I have presented this aspect here.

The probably most frequently committed “mistake”, which attracts my attention at most advertising campaigns, is the inaccurate determination of the target group.

Firstly, some demographic adjustments are made (e.g. age, gender), then the ads are played out. This too inaccurate targeting does not support the advantages of Facebook’s mature targeting options. This ultimately leads to a large number of wastage and an undesirable low interaction rate.

Therefore, the given target group should be well thought out and optimized by A/B testing.

On the other hand, targeting should not be too specific, because this leads to a drastic reduction of the potential target group to be addressed. I often notice this in particular when placing regional advertising campaigns or when placing advertisements to attract applicants. Often one wishes for a specific placement of the advertising campaign in such a way that the audience to be reached does not even correspond to 1000 people.

Example. What is too specific targeting?

A company wants to attract applicants and therefore decides to place advertising campaigns.

Target group: Persons in the fields of business administration, economics or marketing:

→ Too specific: The group of people to be reached does not include 1000 people.

2nd target group: Students of the University of Aachen with an interest in marketing:

8. No A/B testing of target groups and advertisements

I am often asked what the perfect target group or ad looks like in order to use Facebook advertising campaigns as effectively as possible. There can be no blanket answer to this question, except “It needs testing”. Every target group and every industry is so different that often no connections can be found. For this reason, it is essential to test as many different target groups and ad formats (image, video) as possible as well as campaign objectives in order to evaluate the results and determine the appropriate campaign structure.

Now that the right advertisement and target group have been determined using A/B testing, the increased generation of sales & leads is naturally the focus of attention. For this reason, the daily budget is regularly drastically increased.

Ultimately, this leads to the good performance of the Facebook campaign taking a dive! In order to avoid this failure, the advertising budget for Facebook campaigns should be gradually increased. Referring to this, I have written an independent blog post on the subject of “Scaling Facebook Campaigns”. In most cases you shoot the Facebook performance with the sudden increase of the daily budget. Instead of doubling the daily budget from one day to the next, the advertising budget should be increased in a few small steps so that the Facebook algorithm is not overstrained.

Conclusion: The most common errors in the placement of Facebook advertising campaigns

In addition to the 9 errors mentioned here, there are certainly countless other reasons why your Facebook campaign may not perform optimally. Of course I’ll list more mistakes which I’ll recognize in the future, here as well!